The engine in this Power Wagon is a 251 cu. in. flat head six cylinder. Since the engine had only 30,000 original miles, and 130 lbs. of compression across all cylinders, I decided not to rebuild. The engine was washed down, and all the oil and dirt was removed. I removed as much off the engine like the distributor, oil filter cannister, oil filler, starter, fan, air filter, alternator etc. as possible. 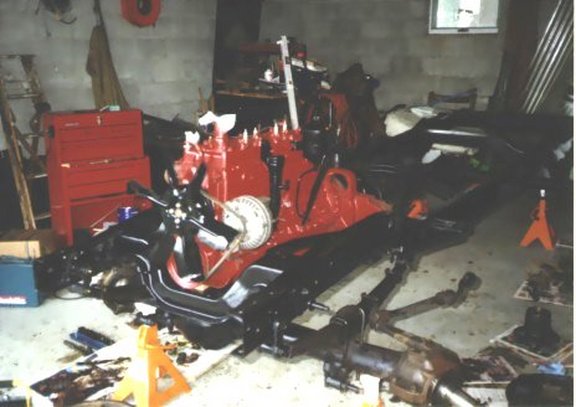 Picture of engine in frame.