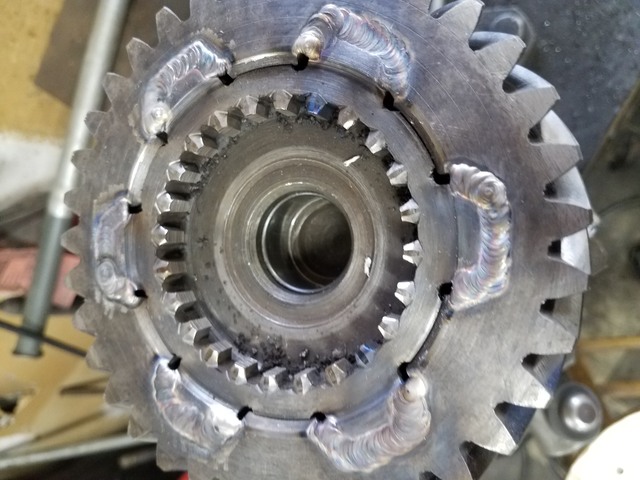 The simple answer is 'no' there is no direct bolt in syncro that will directly swap a non-syncro without changing other parts. The process is not too tough once you have located the parts though and is actually fairly common to do to gain some drivability. In all cases of transmissions a good shift top is key.

Are you ready for some confusion?

The NP 420 used in most M37's will have the same mounting bolts as the non-syncro, both series, used in the Power Wagons. Not all NP 420 transmissions are created equally in this department however. I have been told that there were some M37's with the later "Power Wagon" mounting which further complicates matters. That being said you need to know what the transmission came out of and more importantly what mounting it uses. There were also two series of syncro boxes used in the m37 and they were both called NP420. The syncro in the later Power Wagons was also an NP420 with different mounting ears from the military and the internals only exchange one of the Military 420's. If you need a PTO the NP 420 uses a different PTO than the non-syncro. The military uses a single forward facing PTO whereas the Power Wagon had provisions for a rear output as well. This may not be an issue if you are only using the front output.

Once you have sorted out the transmission the Power Wagon cab floor is different between syncro and non-syncro. You will need the proper tunnel for the syncro transmission.

Dave over at DC Truck Parts has an identification section on his site for transmissions. http://www.jobrated.com/tranmission-id.html

His site has been very helpful.

I have wondered about swapping an NP435 close ratio box into a Power Wagon with a flathead and I believe it can be done, but that is a topic for another time.