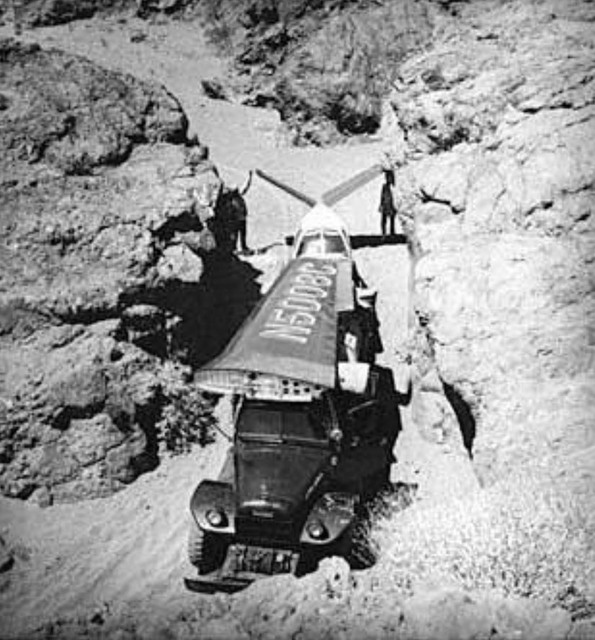 Davis, Belknap, and Swain return with Beech Bonanza plane which crashed at Murl Emerys strip on the Colorado River.

Biographical Note
Bill Belknap began his career as a professional photographer while in the Navy during World War II. Assigned to the White House, he photographed Presidents Franklin Delano Roosevelt and later Harry S Truman. In 1945, Belknap accompanied the President to Berlin to photograph the Berlin Conference at which he captured such notables as Joseph Stalin, Vyacheslav Molotov, Winston Churchill, and Clement Atlee.


Following World War II, Belknap settled in Boulder City, Nevada with his wife Fran. They had two children, nicknamed Buzz and Loie. In 1947, he opened Belknap Photographic Services, the first of his two businesses. In the late 1940s, he met Otis "Dock" Marston, an experienced river runner and highly acclaimed historian of the Colorado River. The two of them subsequently ran the Colorado River a number of times, the most notable trips being the 1950 motorboat run (the second motorboat run in history), the 1960 jet boat uprun (the first successful upriver journey from Lake Mead to Lee's Ferry), and the 1963 low-water run (the lowest water run in history at 1000 cfs).


In between rapids, Belknap found time to produce a number of National Geographic articles, often preparing both the manuscript and the photographic work. While the majority of his articles focused on the Southwest, other assignments included such diverse places as Idaho and Baja California. Topics of interest were as varied as Native American cultures, planaria and whitewater.


In the 1970s, Belknap had the chance to explore a lifelong fascination -- the Hopi way of life. Contracted to work with the artist and his longtime friend, Fred Kabotie, Belknap conducted extensive research and interviews to produce the autobiography Fred Kabotie: Hopi Indian Artist in 1977. Simultaneously, his second company, Fastwater Expeditions, was getting off the ground. Belknap led awestruck tourists down his favorite rivers, the Green and the Colorado, through the remainder of the seventies and on into the eighties.